We’re getting closer to streamlined. Now you’re seeing the Oscars start to discover their own identity. The winners are starting to make sense, and the precedents are about to be set, and pretty soon it’s gonna be the way we know it to be. But we’re not quite there yet. Though this is the first year where an “Academy” film won, rather than the “best” film. (All Quiet on the Western Front was just better than the competition. Grand Hotel was an “Academy”-type winner.)

1931-1932 is a noteworthy year in Oscar history because it’s the last time no film would win more than two Oscars at the ceremony. And it would also be the last time until 1989 and Driving Miss Daisy that the Best Picture winner wasn’t also nominated for Best Director. It would also be the only time in which the Best Picture winner wasn’t nominated for any other Oscars. (Though that does technically mean that the film swept.) And then, outside the Oscars, this is also a year that is littered with Pre-Code films, where Hollywood practically got away with murder with what they put on the screen. Watch this clip. Look at how suggestive it is. That’s basically all the context you need for it.

Other winners this year were a tie for Best Actor, with Frederic March for Dr. Jekyll and Mr. Hyde and Wallace Beery for The Champ, winning (talked about here). March got one more vote than Beery, but Academy rules dictated that anything within three votes become a tie. Best Actress was Helen Hayes for The Sin of Madelon Claudet (talked about here), which was the best choice in the category. And Best Director was Frank Borzage for Bad Girl (talked about here), which I love, even though he didn’t really need it (they could have given King Vidor or Josef von Sternberg an Oscar this year). I’m sure many people would go another way there.

Overall, though, another solid year. Out of context, of course, it looks weak like almost all the early years, but in context, most of them are actually pretty solid.

One Hour With You (Paramount) 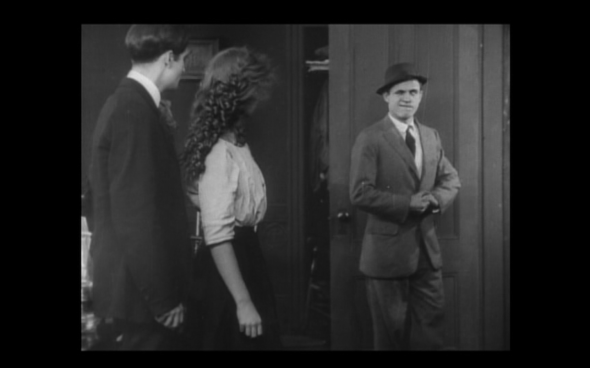