1939 is the golden year of cinema. The amount of great (not good, great) films that came out in 1939 has never been matched in any other year, ever.

And as an Oscar year, this is also a year that, in terms of achievement, will never be matched. Gone With the Wind is the perhaps the greatest cinematic achievement in history. This is, to me, the quintessential Best Picture winner and the best Best Picture of all time. It also won Best Director for Victor Fleming (talked about here), who was basically a figurehead for what was essentially a David O. Selznick film, Best Actress for Vivien Leigh (talked about here), and Best Supporting Actress for Hattie McDaniel (talked about here), all of which are perfect decisions. Best Actor was Robert Donat for Goodbye, Mr. Chips (talked about here), which, while he was great in the film, Jimmy Stewart really should have won for Mr. Smith Goes to Washington. And Best Supporting Actor was Thomas Mitchell for Stagecoach (talked bout here), which was an awesome decision, as much as I love Claude Rains and would have liked to see him win.

This is the finest year of American cinema, and there was a guaranteed winner. Really, what you do with this year is just marvel at how great everything is. Don’t think, just marvel.

Gone With the Wind (Selznick, Metro-Goldwyn-Mayer)

The Wizard of Oz (Metro-Goldwyn-Mayer) 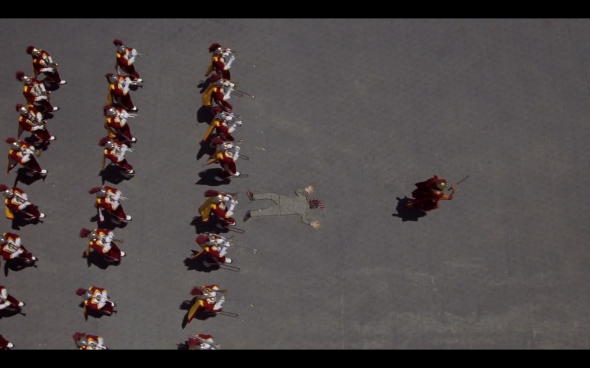