(Note: THIS CATEGORY IS NOT FINISHED. I still need to watch one of the nominees. I still have not been able to find The White Parade in any cheap/acceptable format. If anyone has it or knows where it can be procured, let me know, so this category can be finished.)

All right, now we have “The” Oscars. Now the Oscars are a man. Baruch atah adonai. None of that foundation stuff anymore. Now they know what these awards are about and what the criteria for them are, they can just start voting the way we do now. This year really solidified that. They got rid of the double years, all films nominated were for that singular calendar year, and they also gave a film the “big five,” which is like wiping the slate clean and saying, “Okay, now we know what we’re doing.”

It Happened One Night won everything this year. Best Picture, Best Director for Frank Capra (talked about here), Best Actor for Clark Gable (talked about here) and Best Actress for Claudette Colbert (talked about here). And of course, Best Screenplay. Hence the big five. I have absolutely no problem with any of these decisions, and they were all well-deserved. Though my favorite film of all time (The Thin Man) was on almost all those lists (still kind of upset about that Best Actress snub), so despite me being okay with the result, I still won’t vote for it. Still though, this is one of the best Academy years.

Two things to point out — this year and the year after this were the only two years in Academy history in which they allowed write-in candidates (that is, on the final ballot. After nominees were announced). These two years also happen to be the two years with the most Best Picture nominees (12).

The Barretts of Wimpole Street (Metro-Goldwyn-Mayer)

It Happened One Night (Columbia)

One Night of Love (Columbia) 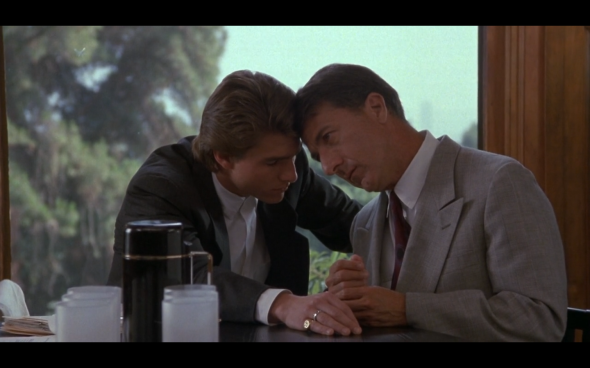