A Pictorial History of the Movies: 1923 – Safety Last!

It’s the image. Pure and simple. If you boiled down silent cinema into a collection of images, this would probably be… number two, maybe. Behind the moon with the rocket in the eye. I’m sure there are others right there, but you get my point.

When talking about some of the most iconic images in film, this one will always be mentioned. Which is strange, since most people haven’t even seen the film it’s from. (Hell, I barely even remember the film.)

Harold Lloyd is one of those comedians who, while he has his share of fans, isn’t really remembered as well as Chaplin and Keaton and others are from the silent era. Older folks may cite him as an influence, but you don’t really get too many people being introduced to his stuff nowadays. Though at the time, his name was as big as Chaplin and Keaton. In fact, his film actually made more money than Chaplin’s films did. END_OF_DOCUMENT_TOKEN_TO_BE_REPLACED 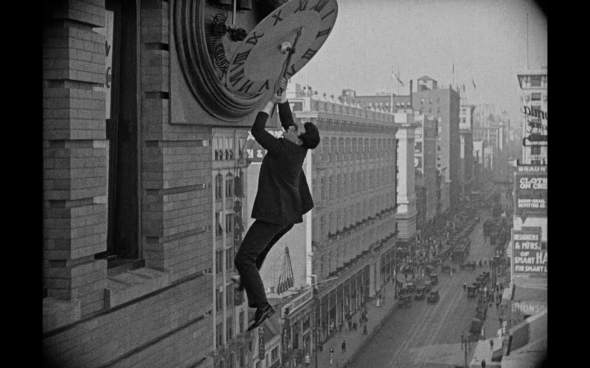