A Pictorial History of the Movies: 1983 – Flashdance

This was one of the last three years I had to choose for this list. 1983 was really difficult for me. Because the biggest film of the year was Return of the Jedi. And we already talked Star Wars. Then you have Terms of Endearment, which is a great weepy, but didn’t feel like a slam-dunk choice for the year. Then there’s Scarface, which is culturally big, and does represent the 80s in a lot of ways, but felt like too easy a choice. Plus it was more a film that got rediscovered later. Then I thought maybe A Christmas Story, but that doesn’t feel like the right choice either. So I left it alone for a while and went back to it at the very last minute, when I wanted to have everything finalized.

Finally, I went back and looked, and discovered two films that instantly became the two finalists for this year, that represented what was popular in film in the 80s, what was going on culturally in the 80s, and still holds up as something that represents where film was at in 1983. And those two were Flashdance and Risky Business.

Now, both have very iconic images and moments, and very memorable soundtracks. So it was tough to narrow down. I had Risky Business as the choice for a while. But then I looked at what the biggest music hits of 1983 were, and this movie had two of them. “Flashdance… What a Feeling” and “Maniac” are two of the staple hits of the 80s. They felt present, as opposed to the throwback song of Risky Business. Plus, this was the third-highest grossing movie of the year, whereas Risky Business was 10th. So this was an overall bigger hit, and won an Oscar for Original Song. It felt like all around the best choice. END_OF_DOCUMENT_TOKEN_TO_BE_REPLACED

Pic of the Day: ♫ “What a feeling / Being’s believing / I can have it all / Now I’m dancing for my life. / Take your passion / And make it happen / Pictures come alive / You can dance right through your life.” ♫ 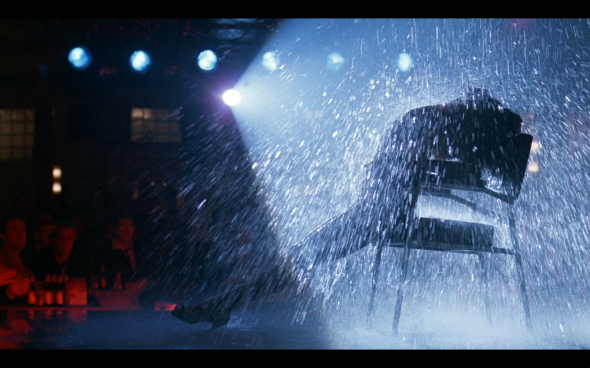