Lawrence is one of those actresses who immediately took the screen world by storm in a very short time span. And it all started with this performance.

She plays a teenager in the Ozarks whose father goes missing while out on bail. So now she’s left in the care of her two younger siblings. Which she’s used to… only now they’re about to lose the house because that was the collateral for the bond. So she needs to find her dad, pronto. And that puts her on a dangerous course with the seedy underbelly of her town.

It’s a really determined performance, and one that makes it readily apparently the kind of actress Lawrence is and foretells the kinds of performances she’d be giving for the rest of the decade. You gotta love Charlize’s commitment to roles. This is her second foray into Diablo Cody territory after Young Adult. And it’s a completely different kind of film from that one. It’s a story about motherhood. She’s a woman with two kids and a third on the way, and she’s just miserable. She’s overweight from pregnancy, not getting any sleep, struggling to deal with the two kids she already has on top of a newborn. It’s a really terrific performance. The film is slightly hamstrung because people seem to (if they even bothered to see it) put too much weight on where the narrative goes instead of the story it’s really trying to tell. And on that level — regarding the story of getting your mojo back despite being a mother — it’s a really strong piece of work that Charlize brings every ounce of her greatness to.

I loved this performance. It’s not so much about the dramatic heft of the role so much as she’s a badass action heroine in the most unexpected way. She’s a daredevil pilot who joins Eddie Redmayne (a scientist) on a balloon expedition to see how far into the atmosphere they can climb and record its effects. Of course, the higher they go, the more dangerous it gets, and man, are there some incredible scenes in this one. That’s the crux of the performance for me, watching Felicity Jones climb to the top of a hot air balloon, 35,000 feet in the air with nothing but a single rope to carry her and a lack of oxygen going to her brain. This is a surprisingly thrilling movie, and she gives an appropriately badass performance that I enjoy the hell out of. 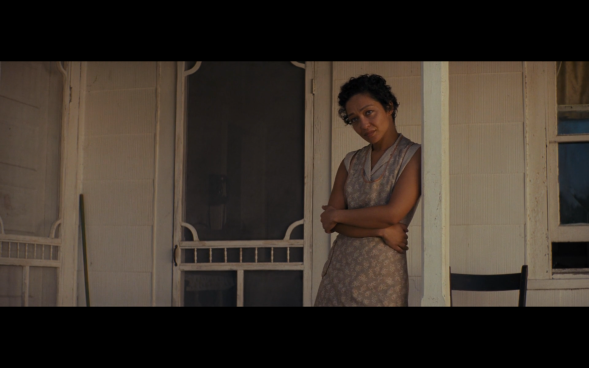 The quiet beauty of this performance stuns me every time I see it. This is a story that almost couldn’t be told by anyone other than Jeff Nichols, who leans into the human aspect of the story rather than the sensationalist parts. For most other filmmakers, this would be entirely be about the legal fight and the big trial moments. But this film dispenses with all of that. It’s just about these people who want to live, and almost the minutiae of their daily existence, through which we can see the larger aspects of their fight to live.

It’s about Mildred and Richard Loving, an interracial couple who were separated by racist laws banning their marriage. Eventually they were the subject of a landmark Supreme Court case that allowed their marriage, and all interracial marriages, to exist legally within the country. If you want to see just how stunning this performance is, watch her reaction at the end of the film when she finds out they won their case. It is truly one of the most perfectly understated, yet beautiful reactions you will ever see an actor give.

Everything about this movie is underrated, especially the lead performance from Danielle Macdonald. I was gonna say that I don’t know why she never became a star after a performance like this, but… knowing Hollywood as I do, I know exactly why she didn’t, and it’s a shame.

This is a tricky performance in that, she’s Australian, playing a girl from New Jersey, and she’s an aspiring rapper. So she has to not only do the rhymes in a convincing way but also do them in the accent. Plus there’s legitimate emotional stuff in this movie too, particularly in terms of her character’s relationship with her mother. It’s the kind of performance where, if she doesn’t pull it off, the movie doesn’t work. So my love for this movie is directly proportional to how great her performance is.

This is the performance that made Emma Stone a star. It’s a pretty standard rom com in a lot of ways, but when you watched this, you knew she was destined for great things. And naturally, before you knew it, she’d won an Oscar before the decade was through. But this is one of those things where, despite being great in smaller roles in movies that didn’t demand much from her, this was her getting the perfect vehicle at the perfect time. This was her Pretty Woman.

She plays a high school student at the top of her class who, in helping out a gay friend who doesn’t want to be bullied, gets labeled as the class ‘slut’. So, she decides to lean into it. The class is reading ‘The Scarlet Letter’, so she decides to walk around with one. And of course, it only serves to make her even more of a lightning rod. And yada yada yada… it’s a high school rom com. But when you watch Emma Stone in this movie, it’s impossible not to be charmed by her. You put almost anyone else in this role and the movie is not as good. This is one of those situations where, she’d been around for a while in mumblecore and had made some movies, but she never really had that perfect vehicle for her talents. And this was it. She co-wrote it with Noah Baumbach and made a movie that shows just how charming she is on screen. Though the funny thing about it is that this didn’t really catapult her into those major roles you’d expect someone to have gotten from a performance like this, and instead she went on to be a writer-director, which she’s now more known for than her acting. But still, this performance is so good that it actually got me to like a Noah Baumbach movie, which had never happened before this point. I mean, yeah. It’s Julianne Moore, who is always great, playing a woman with early onset Alzheimer’s. Of course the performance is gonna be great and of course it’s gonna end up on a list like this. There’s really not so much to add there. 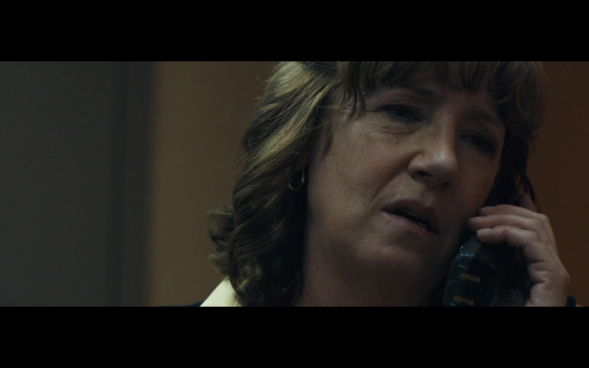 I’ve always been hugely supportive of this performance. Not only is it great, but she also put up her own money to try to campaign for awards with it, because for someone like her, the visibility actually would have affected her career going forward. Of course, she didn’t need the nomination, because she’s been working steadily since, and you’re guaranteed to have seen her in something since this film. But this performance is the reason you’re seeing her in as many things as you do.

The film is based on real events (loosely), about a scammer who calls the manager at a McDonald’s, pretending to be a police officer and telling the manager one of their employees has done something wrong and needs to be searched and questioned. And so we just watch as this manager, employee and all others involved in the situation in the restaurant just blindly listen to this random dude on the phone and go along with it. It’s a really unsettling film, and Dowd is terrific as the manager who is torn between not really wanting to believe this guy but also not wanting to get in trouble in case he is who he says he is. It’s a really effective piece of work.

There’s Charlize again. We know she’s always great, but we don’t realize just how often that really is. What I love about this performance in particular (and shout out to her Atomic Blonde performance too, which is great and just barely missed the end of the list) is that she’s the real lead of the film. Max is just a side character. This is her story. The entire plot of the film hinges on her trying to get these captive ‘wives’ away from this warlord to a place that’s said to be a sanctuary for women out in the endless desert. Max just comes along for the ride.

This is a performance that on the surface is all action, but when you get down to it, there’s a real emotional arc to the character as well and there are a lot of moments where, even though she’s got this badass exterior, there are real hints to the tortured nature she carries inside on a daily basis. It’s a really strong piece of work to go along with the many others Charlize has given us.

This entry was posted on March 18, 2020 by B+ Movie Blog. It was filed under Movies and was tagged with 2010-2019, Favorite Female Lead Performances of the Decade, Film, Movies, Top Ten, Top Tens of the Decade.