I think it goes without saying – just because something is on this list doesn’t mean I assume you don’t know it. It’s because I figure (or know) there’s a larger percentage of people than I want to guess that either haven’t seen the movie or don’t fully appreciate the movie, and the goal is to introduce it to them. If you’re already in the camp of having seen it, good for you. I’m pretty sure most people reading this will have at least a quarter of this list that they haven’t seen. I suspect it’s more, but I truly don’t know how crazy most people are in relation to me in terms of seeing everything. I think most people will get some cool movies out of this. 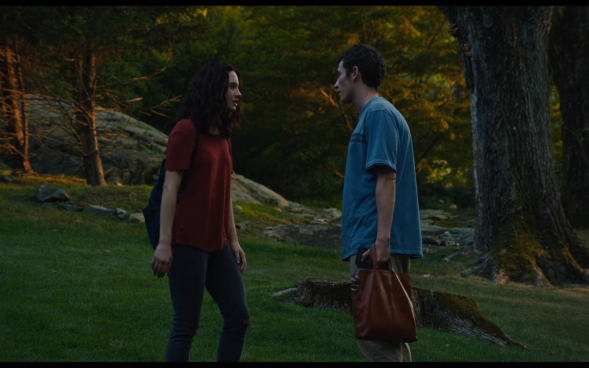 Netflix indie that’s quite wonderful. It’s a real simple story — young guy’s brother calls him from jail after a minor charge and says, “Listen, I have to do this thing and I’m in deep shit if I don’t. I need you to do it for me.” All he has to do is take a bag to a train station and swap it with the bag of a particular woman on the platform. And then he gets paid later. So he does it. Problem is, he leaves it with the wrong woman. Then the right woman shows up, and now the two of them have to track down the woman whose bag they did get. And so the film is the two of them traveling around to try to find where this woman lives to get the bag back. And it’s part romance of sorts and just a really nice little film. I liked this one so much more than I thought I would. It’s only about 80 minutes and very much worth the time. 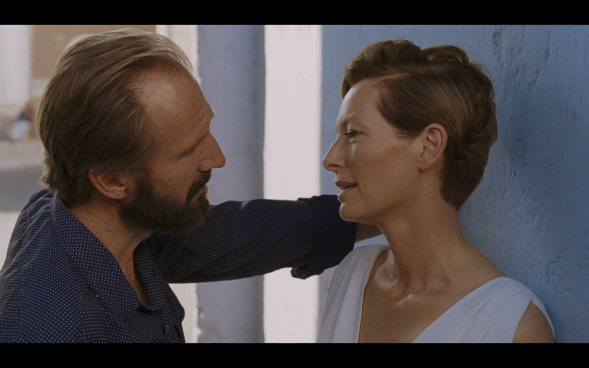 A remake of La Piscine, and Luca Guadagnino’s precursor film to Call Me By Your Name. It’s really wonderful. Basically a four-hander: Matthias Schoenaerts, Tilda Swinton, Ralph Fiennes and Dakota Johnson. Swinton is a famous rock star on vacation in a villa in Italy to rest her vocal cords with her husband, Schoenaerts. Fiennes is her first husband who arrives unexpectedly with Johnson, his daughter. And so the four of them spend time together at this villa. And that’s the film. That’s all you need, and it’s wonderful. It might not sound wonderful, but it is. All you need are the actors’ names and Luca Guadagnino and you can feel pretty certain you’re in for a worthwhile film.

98. Hunt for the Wilderpeople

This is the film Taika Waititi made after What We Do in the Shadows and before Ragnarok. This got him Ragnarok. It’s a wonderful film about a New Zealand boy in the foster system who is sent to live with rural foster parents. He initially hates it, but warms up when the foster mother gets him out of his shell. But then she dies suddenly and he’s left with Sam Neill, his cranky foster father. Hating it and not wanting to go back to social services, he runs away. Neill follows him, and through a series of circumstances a manhunt ensues for the two of them all throughout the countryside. It’s fucking wonderful. If you’ve seen Ragnarok and Jojo Rabbit, you know Taika’s brand of humor. Just see it. It’s lovely. I’m sure a lot of people know about it and have seen it, but you can’t be too careful. It’s amazing.

Julian Schnabel’s Vincent Van Gogh film with Willem Dafoe. If those three names don’t intrigue you, then I don’t know what to tell you. But it is a wonderful film. Full of vignettes and vividly told to put you in the mindset of Van Gogh rather than be a traditional kind of biopic. It’s really well done and is stunning to look at. Schnabel is an artist and a very expressive filmmaker (just look at The Diving Bell and the Butterfly), so you kind of know what you’re in for with this, but even for those who don’t think this is their cup of tea, I think there’s a lot to be gotten out of it. 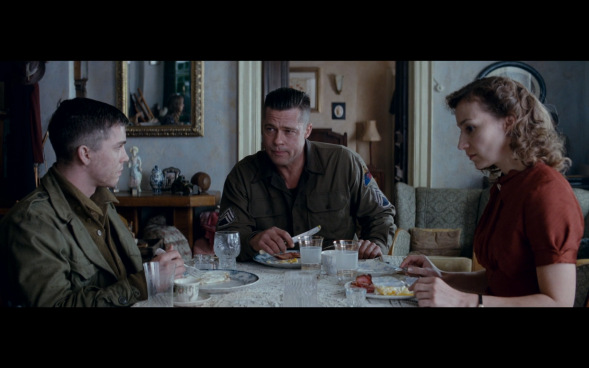 There are so few badass war movies out there. Because it’s a hard zone to occupy. Dunkirk is a prestige war film, and then there’s the shitty, straight action type that occupies that lower space. This one is right in between. A B movie kinda plot with A movie production quality. It’s awesome. It’s about a tank crew during World War II. Brad Pitt, Shia LaBeouf, Michael Pitt, Jon Bernthal, Logan Lerman. Five guys in a tank. It’s great. I can’t really sell it past that, so at this point it’s entirely on you to either see it or not.

Back-to-back Brad Pitt World War II movies. This one’s a Robert Zemeckis movie, which is both a positive and a negative. The plot is very much a Hitchcockian sort of premise, but Zemeckis is not that type of filmmaker. You almost wonder what an in-his-prime Brian De Palma would have done with it. But still, it’s a good movie. Pitt is a Canadian Air Force pilot sent on a mission with a French spy, Marion Cotillard, to take down a German officer. During it, they fall in love. Later, while married and settled down, Pitt hears from his commanders that his wife is suspected of being a Nazi spy. He naturally says that’s crazy, so he sets out to prove her innocence. It’s a great story and well-told. I’ll admit that I personally would have wanted more Hitchcockian ‘is she or isn’t she’ rather than playing up the love story angle, but overall it’s a really strong film and worth seeing. It seemingly just got ignored upon arrival for whatever reason and I don’t know why. At the very least, it’s a solid film. 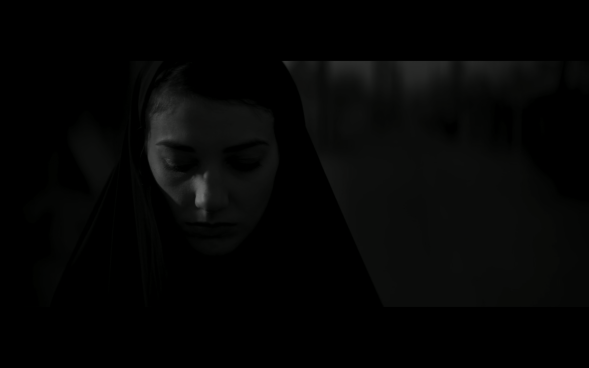 This movie is awesome. Very indie, very hipster bait, but still a lot of fun. It’s a Iranian vampire western. That’s the film. I can’t really say much past that and the fact that it’s very good. It’s one of those where you’re gonna know based on a trailer whether it’s for you or not. All I can really do is recommend you see it.

An absolutely lovely coming-of-age film about some boys who decide to run away and live in the woods, free of adults. It’s awesome. It’s one of those movies that I feel like I’d have loved when I was 10 if I discovered it then.  It’s just got so much personality and is one of those movies I’d recommend to everyone, because how can it not make you happy?

One of the most ambitious films of the decade, and still one of the most underrated and underseen. I get why. It’s not the easiest thing to just put on for a night of entertainment. But it’s really terrific. It’s based on a novel whose prominent idea is the interconnectivity of life. So as such, the main characters in each story are played by the same actors. So the actors routine play different races, genders — and it’s not done as a gimmick. It can easily have fallen apart and seemed offensive. Bu it’s not that. It’s in pursuit of something greater. And there’s a lot here to deal with and I know it’s not gonna be for everyone, but to me this is one of the best pieces of work I saw all decade and think it deserves a wider audience or at the very least a reasonable shot. This is a really great adventure that I almost wish were released widely in theaters so people could see it in its proper IMAX. It’s a balloon adventure, and just in case you didn’t think that was exciting… just wait. Oh boy, just wait. It’s Eddie Redmayne and Felicity Jones reteaming after The Theory of Everything and it’s pretty much the two of them up in a balloon for the majority of the film. They have some flashbacks and things to break it up, but the majority of the film is them in a balloon 20,000+ feet in the air. And it’s thrilling. Because they’re studying what happens when you reach certain altitudes. And at this point they don’t know. So they’re learning as they go. And half the time they’re battling hypothermia, lack of oxygen and the balloon freezing up. There’s some stuff here where, even though you may not be afraid of heights — it’s scary as hell. Trust me when I say you will at the very least enjoy a good chunk of this movie just because you will feel like you’re up in the balloon with them. Truly one of those movies people should see.