I think it goes without saying – just because something is on this list doesn’t mean I assume you don’t know it. It’s because I figure (or know) there’s a larger percentage of people than I want to guess that either haven’t seen the movie or don’t fully appreciate the movie, and the goal is to introduce it to them. If you’re already in the camp of having seen it, good for you. I’m pretty sure most people reading this will have at least a quarter of this list that they haven’t seen. I suspect it’s more, but I truly don’t know how crazy most people are in relation to me in terms of seeing everything. I think most people will get some cool movies out of this. END_OF_DOCUMENT_TOKEN_TO_BE_REPLACED

Mike’s Favorite Original Songs of the Decade: #75 – “Rewrite the Stars,” from The Greatest Showman

75. “Rewrite the Stars,” from The Greatest Showman

This is probably the second most overlooked song from The Greatest Showman, second only to the Michelle Williams solo number. This is the Zac Efron/Zendaya song, and it’s overlooked because their entire romantic subplot gets overlooked in the film and just kind of gets tacked in there the way old movies have the young couple in love to break up from the older married couple that lead the proceedings. Any circus movie is gonna have the young couple in love. But it’s actually a really good song. The movie gives it short shrift, but the song is really well done. A bit too Garage Band-y in the production, but the lyrics are good and the vocal performances are good too. I particularly like the latter half of the song when it really goes all out with the two of them harmonizing. I do really like this one. 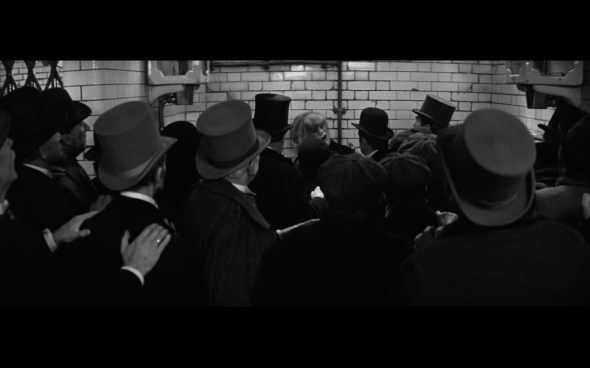