Incredible coming-of-age Netflix film about a girl who’s been through years of foster parents and really wants to reconnect with her father, who has been in and out of prison and generally wants nothing to do with her. So, in order to try to win his acceptance (and as an outlet for her anger and pain) she joins the boy’s wrestling team and soon becomes one of the best wrestlers in the state. It’s a really terrific film with great performances and is one of the best movies Netflix has on its platform. 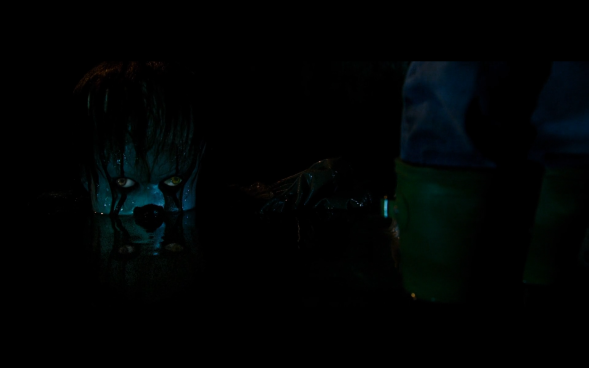 There’s not much I need to say here. We’re all aware of this, we’ve all probably seen it. It’s a really solid film. What makes it work is the focus on the kids and their friendship rather than just the horror stuff. Look at Part II to see what happens when you take the core of the film away and turn it into mindless jump scares and unnecessary horror. But this one really does a great job of handling that balance.

I love this movie purely for the premise. Australian guy goes to Thailand and agrees to help out a friend by transporting drugs in his stomach. The cops catch him at the border and immediately suspect he has something, but can’t arrest him without proof. However, what they CAN do is hold him for a week and wait for him to shit out the drugs. So now this guy’s stuck in a hotel room with police, having to hold in his shit or else go to jail for a long time. And it’s just this twisted, hilarious movie with great performances. It’s definitely the best movie of the decade called The Mule, I’ll say that much.

Really solid indie from Zoe Kazan (who wrote it) and Jonathan Dayton and Valerie Ferris (who made Little Miss Sunshine). It’s about a writer who creates this idealized female character and begins to fall in love with her, only to discover one day that she’s somehow manifested into a reality. So now this character he’s created is just in his life, and he finds out he can change her based on what he writes down on the page about her. And it becomes this beautiful film about relationships. Kazan is terrific here, and it’s just one of those really charming indies that takes a great premise and also feels like it actually has something to say on top of it.

Duplass brothers movie with Jason Segal as a 30-year old slacker still living in his parents’ house and looking for random signs in the universe. And the film is a day in his life, as he meanders around, eventually running into his brother (Ed Helms), who is miserable and thinks his wife is cheating on him, and it becomes this sweet movie about two brothers reconnecting. It’s really sweet. I’m generally iffy on Duplass brothers movies, but this one I really, really like.

Gillian Robespierre’s followup to Obvious Child, which was a really charming indie with Jenny Slate that’s also worth checking out. This one’s set in the 90s, and is about a woman whose relationship with her fiancé is in a rut and goes back home with her parents and sister for a bit. Only, while there, she discovers that her father seems to be having an affair with another woman. Mostly it’s about the sisters and their relationship with one another, and it’s just a really good movie. Slate’s great, Abby Quinn is great and then you have John Turturro and Edie Falco as the parents. I like this one quite a bit. 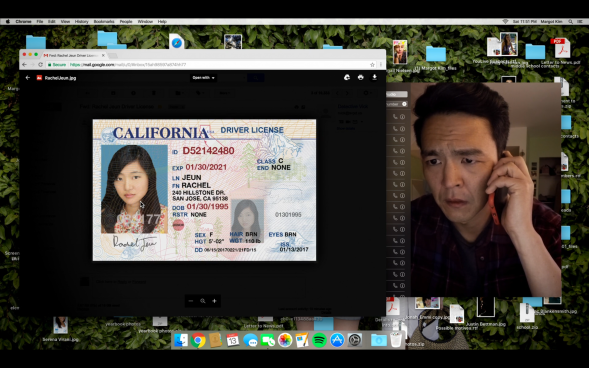 I’m not usually big on gimmick films, especially the ‘takes place entirely on a computer screen’ gimmick. It’s usually done for horror movies, some dead evil spirit on Facebook starts murdering some teens or whatever dumb stuff they came up with. But this one’s just a thriller — guy’s daughter goes missing so we see him using social media to try to find her. It’s really well-executed and is probably the best movie that can be gotten from this gimmick. I was looking for a reason to not like this one, but I couldn’t find it. It’s really tense, gets the most out of the screen thing, and holds your attention all the way through (even despite a crappy third act twist). Just a badass action movie. I’m not as in love with the sequel as others are (but it’s also good), but this one is awesome because it’s just a strike team moving up an apartment building and getting into awesome fights all the way up. They basically stole the entire plot of this movie for the Judge Dredd reboot they did a few years after this. This is the O.G., and it’s awesome.

It’s two Tom Hardys for the price of one. He plays the Kray twins, which — just imagine unhinged gangsters on a crime spree, killing lots of people in London in the 50s and 60s. Completely worth it for the Tom Hardy performances and also directed by Brian Helgeland (who wrote L.A. Confidential and also made Payback, A Knight’s Tale and 42). 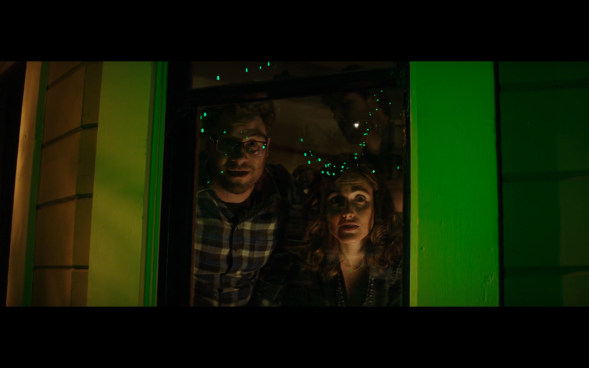 I’m always weary when studio comedies come out, but sometimes they just work. And this one works. It takes a pretty simple premise but gets a lot of laughs out of it and doesn’t feel like the kind of movie we’d have gotten from another set of filmmakers.