So here are my favorite original songs from the films of 2010-2019: END_OF_DOCUMENT_TOKEN_TO_BE_REPLACED

This song gave me chills the first time I heard it. It’s the finale of the film, taking place at the local battle of the bands, of sorts. Basically, whoever wins is gonna get signed by O-Z, the big local rapper. And it’s that moment in the film where Patti has to both put forth her best performance and make amends with her mother, with whom she’d been fighting for the entire film. And it’s the moment where she finally comes to terms with who she is, where she’s from and just lets it all out there. And of course, her mother shows up during the performance to see it and realize that what she’s doing isn’t just this bullshit lark — she’s actually really talented. And the kicker is that she used her mother’s song (which was also on this list at some point) as the sample. Which is just a beautiful realization to tie all the plot threads together. And the bonus being, in the film, her mother actually sings the last chorus live, providing a wonderful mother-daughter moment. It’s an incredible song, and if you couldn’t tell by how I’m talking about it, one of the most unsung movies of this entire decade.

Pic of the Day: “People around here are very poor I suppose.” “Not poor, they just haven’t got money.” “It’s the same thing.” “Oh no, it’s something quite different.” (75th Anniversary) 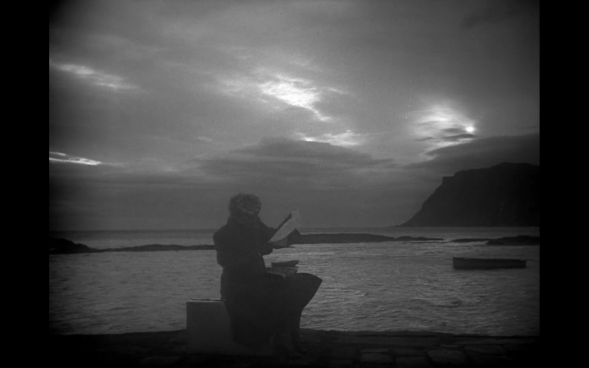