1931-1932. Not much to say about this one. Grand Hotel — an “Oscar” film if there ever was one. Only film to ever win Best Picture without gaining a single nomination in any other category. That’s interesting. The film was designed for one purpose and achieved that purpose. In today’s world — that would never happen.

We actually covered one of the categories in these year very recently. Best Actor this year was the tie between Frederic March and Wallace Beery. Remember that? That saves us some time on one of the nominees. Best Actress was Helen Hayes for The Sin of Madelon Claudet. That’s 1932. Let’s get into it.

Borzage — There’s a reason I picked this one for the weekend. It doesn’t have films most people would ever see. Like, ever. Even though I like them and love one of them a lot — they’re not films a regular person would put on. Starting with this one. END_OF_DOCUMENT_TOKEN_TO_BE_REPLACED

Pic of the Day: “One is starved for Technicolor up there.” 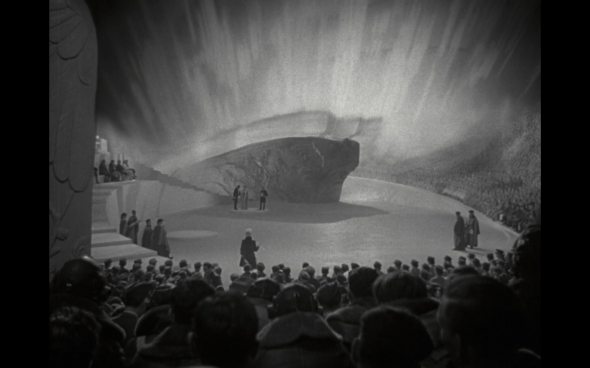