1996 was a good year punctuated by shitty decisions. So many good films came out, and yet  — does anyone even think The English Patient is a great movie? Good? Fine. The minimum allowable to be considered good. But better than Fargo, it is not. Hell, better than Jerry Maguire it is not. These are the kind of years that really upset me. Because it’s like the Academy is striving to meet the standard of what they think their reputation is, and yet, they’re perpetuating this reputation by picking such shitty films.

And don’t think this poor decision-making ends at Best Picture. Best Actor went to Geoffrey Rush for Shine, a performance that lasts for about, oh, fifteen minutes. The rest of the time the character is played by two different actors. This wouldn’t be a big deal except, here’s who he beat: Tom Cruise (Jerry Maguire), Ralph Fiennes (The English Patient), Woody Harrelson (The People vs. Larry Flynt) and Billy Bob Thornton (Sling Blade). Every single one of them would have been a better choice. I mean, have they seen Sling Blade?

Best Actress went to Frances McDormand for Fargo. They threw at least one bone. Best Supporting Actor was Cuba Gooding Jr. for Jerry Maguire, an okay decision, though some people would probably prefer William H. Macy for Fargo. Best Supporting Actress was Juliette Binoche for The English Patient. Most people, including herself, were not expecting her to win. That’s 1996 in a nutshell. Even the good decisions are questionable, and the bad ones are terrible.

Pic of the Day: “Martin hates boats. Martin hates water. Martin…Martin sits in his car when we go on the ferry to the mainland. I guess it’s a childhood thing. It’s a…there’s a clinical name for it isn’t there?” “Drowning.” 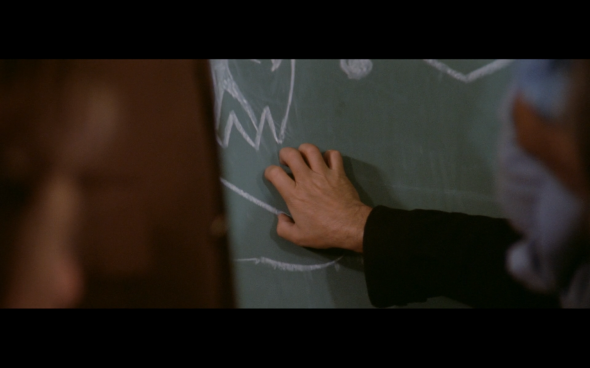