Right now, the check actually is in the mail.

Nominations ballots for the 84th Academy Awards are out. This means that, between now and January 14th at 5 pm, Academy members will be able to fill out their ballots and nominate what they thought were the best films in their respective categories.

A quick breakdown as to how this works: All categories, save three, are voted on by their respective members. That is — actors nominate actors, directores nominate directors, etc. The only three categories that do not adhere to this method are Best Picture, Best Animated Feature, and Best Foreign Language Film. Best Picture is something everyone can vote on. And the other two — they are nominated best on subcommittees. Basically — they get a bunch of people from each branch and screen the films for them. And they’re the ones who nominate films. (Foreign Language Film is always like this. In order to vote on the category, you need to have seen all the films.)

Okay, that’s all taken care of. It’s pretty straightforward. And there’s not much here in terms of that except — things are happening. Soon we’ll have nominations. But in the meantime, I figured, why not go and cast my own ballot for the proceedings? So that’s what I’m doing. END_OF_DOCUMENT_TOKEN_TO_BE_REPLACED

Today we continue seeing how well I did with my January predictions. To recap:

In January, I laid out the 2011 Release Calendar, previewing all the movies (as they were scheduled at the time) and writing what I thought I’d think of them. I thought it would be interesting to see how right (or wrong) I was. I’m cross-checking what I said with January with what I wrote in my reviews for the films as I saw them (in those Movie Year in Review articles). Today, we’re doing May through August.

I wrote the films up as I saw them, so the reviews could be on any one of the three. But I quoted parts of what I said in January and the reviews (the pertinent sections) here. The links are so you can double check if you don’t believe me. It’ll be just like yesterday: what I said in January, what I actually thought, a final review, and how close I felt I was in guessing. Now, let’s get reviewing… END_OF_DOCUMENT_TOKEN_TO_BE_REPLACED

Pic of the Day: “Carl? Carl! Merry Christmas! How is it we’re always talking on Christmas, Carl? Every Christmas, I’m talking to you!” “Put your shirt on, Frank. You’re under arrest.” 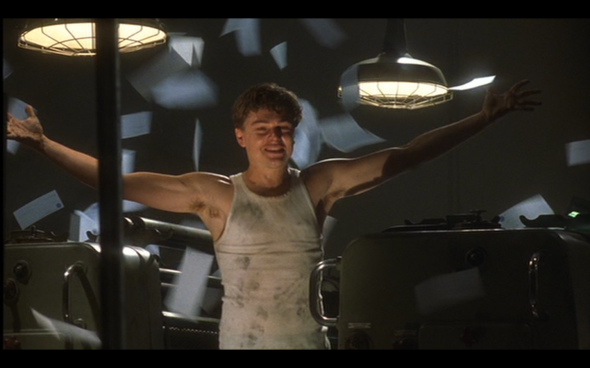