Hugo and the History of the Movies (Part III)

Yesterday we covered all of Hugo before the dramatic turn reveal through that the film is not about Hugo or the automaton or even Georges Méliès, but rather about the movies.

This is the part where it gets exciting for me, because I get to talk about the reason I love this film so much. Yesterday, I left off with the cover of “The Invention of Dreams.” Today, we’ll dive into just how Hugo is about the history of film, what it tells us, and how it manages to teach viewers about film history without them even realizing it. (It’s like that old tale of the kid not liking a vegetable, and then eating it without realizing it and going, “Oh, I guess I do like that.”)

Today, we go back through a history of the movies: 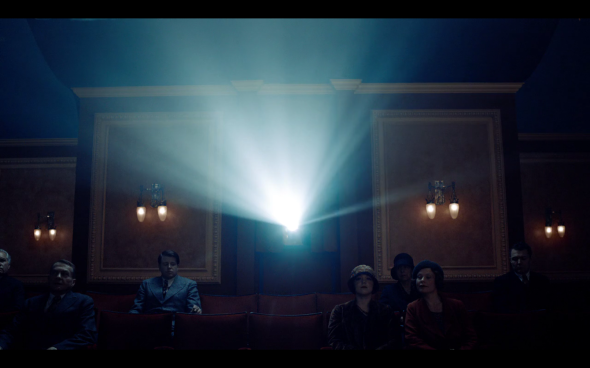 END_OF_DOCUMENT_TOKEN_TO_BE_REPLACED

Still not sure what I think about 1949. All the King’s Men wins Best Picture, which I think was probably the strongest choice among the nominees. It’s a really great movie. It’s just on the weaker side of all-time Best Picture choices, and that tends to make me feel like the year is on the weak side.

And then there’s this category. This is another one of those decisions that I just don’t understand. Sure, the category was weak as hell, but — not Ralph Richardson? After the year he had?

John Ireland, All the King’s Men

Pic of the Day: “I had always heard your entire life flashes in front of your eyes the second before you die. First of all, that one second isn’t a second at all, it stretches on forever, like an ocean of time… For me, it was lying on my back at Boy Scout camp, watching falling stars… And yellow leaves, from the maple trees, that lined our street… Or my grandmother’s hands, and the way her skin seemed like paper… And the first time I saw my cousin Tony’s brand new Firebird… And Janie… And Janie… And… Carolyn. I guess I could be pretty pissed off about what happened to me… but it’s hard to stay mad, when there’s so much beauty in the world. Sometimes I feel like I’m seeing it all at once, and it’s too much, my heart fills up like a balloon that’s about to burst… And then I remember to relax, and stop trying to hold on to it, and then it flows through me like rain and I can’t feel anything but gratitude for every single moment of my stupid little life. You have no idea what I’m talking about, I’m sure. But don’t worry, you will… someday.”