Every January, I go over almost the films that are scheduled to come out that year. I use Wikipedia’s year in film article as it exists at the time, and preview all the films. I use it to familiarize myself with what’s coming out, and, most importantly, use it to guess what I’m going to think about all of the movies. I like to guess ratings for all the films because, at this point, I know myself pretty well, and I selfishly like to see how close I can get up to twelve months out. Plus, it allows me to see which films at the end of the year surprised me, for better or worse. But mostly, it’s so I know what’s coming out. Sometimes I just want to know what to be excited for.

Aside from the films scheduled, I also go over films that have been finished (or are shooting), that, in all likelihood, will probably come out over the course of the year. I’ve gotten much more thorough about this since starting the blog. 2011 had 30 such films. 2012 had 90. Last year, I had 209, plus an extra 27 held over from the year before. At this point, there’s not much that I miss.

How these articles work: I recap what I said about the films in January, write up my review of the films based on the initial watch (which have been posted in three separate reviews articles from April, August, and… yesterday), and then I give my final thoughts on the film, after having had time to think about it some more, and finalize my ranking. Typically, the Final Thoughts space is for me to go, “Originally I gave it 3.5 stars, but now, it’s more like 3.”

We’ll start with January, and go month by month through December. After that, I’ll recap the films I tracked in January that didn’t come out (and ultimately decide which ones I’ll keep tracking next year). And at the end of it all, I’ll analyze all the numbers to see how accurate I was in guessing back in January. Mostly it’s to put all the ratings in one place. And of course, after that, we’ll end the year with the Unforgivables list and my Top Ten list. But that’s all not for another two weeks. Right now, we’re recapping November: END_OF_DOCUMENT_TOKEN_TO_BE_REPLACED

Pic of the Day: “Always remember your promise to me. Never let nobody or nothing turn you into no cripple.” 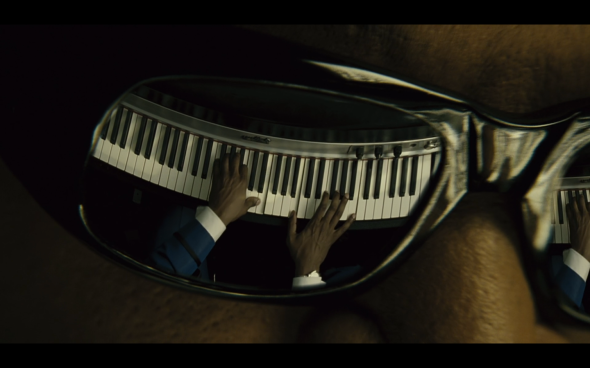