Four years, in the books.

This one has been the biggest, personally, for me. Since it’s been the biggest for me professionally. The blog has mostly taken a back seat to that for the majority of the year. While last year was all Fun with Franchises, and me scrambling to watch all the films of the year in the last four months, this year was me steadily watching movies, and not really writing articles. I think the blog went a whole three months with nothing being posted on it. And then I did that Pictorial History of the Movies, which was fun, but not entirely work intensive. This year was always meant to be more of a down year after all the intense work that was Fun with Franchises. (And one geared to allow me to start the work on the next set of franchises. Which — mission accomplished there.)

My main accomplishments this year (aside from in the real world) were mainly in the realm of movies watched. If you look back at my totals for each year from when I started counting, they’ve gone up each time. Last year, I topped out at 236 movies. This year, I hit 300. And that’s not counting all the other movies I watched, as part of my other project I’ve been doing for a while now, my Director’s List. (Which I’ll hopefully be debuting for real at some point this year.)

The blog also hit 1 million all time views. Which is insane. Absolutely insane. I look at how big the stats are getting and I continue to be amazed that it’s even possible. This year, the blog had 445,000+ views.  That is a full 100,000 views more than last year. My follower count has gone from 364 to 630. Which isn’t bad for something that started (and still is, to a large extent) as me writing to and for myself.

Last year, I didn’t have a plan for the future. This year, I know exactly what’s going to happen down to the day. And I’m already making plans for next year. I certainly have no plans to stop. that’s for sure. And with all the things I want to do, you’ll probably be seeing a whole lot of content coming out of this place for the next 18-24 months.

(P.S. This is the first year since I started the blog that I will be at home for New Year’s. So the moment this goes up, I will be drunkenly wandering around New York City. So say hi if you stumble past the ditch I’m laying in.)

Every year is different. For instance, 2011 was a top-loaded year, with some great films near the top, but not many below that. 2012 was an incredibly dense year, with great movies all around. Last year ended up pretty solid, though overall it felt like a disappointment. 2014 is shaping up to be a below-the-line kind of year.

2014 has a lot of great movies in those middle tiers, that are really solid and really great, but with few movies that shout “Top Ten.” Though maybe that’s just the end of a long year talking. I probably say that every year.

It’s time, once again, for my Top Ten list. I’ve seen everything I could see before the year ended, and now I’m going to list my favorites. And, as always, I will list a bunch more movies outside the top ten that I also really liked. Those will be an 11-20, also ranked and commented upon, and a second and third tier of twenty movies each. (And, now, for the first time ever, a fourth tier, owing to the amount of movies I watched this year.)

My one caveat, as always, is: I’m trying to make a list that will stand the test of time. The idea being that I’m not picking the movies that seem like obvious top ten choices now (the trendy ones that appear on all the lists), but the ones that are my actual favorite movies. The more films on this list that will be on this list in a year, five years, or ten years, then the better it is. Don’t sacrifice fitting in now if you know it’s not how you’ll feel later.

Here are my top ten films of 2014: END_OF_DOCUMENT_TOKEN_TO_BE_REPLACED 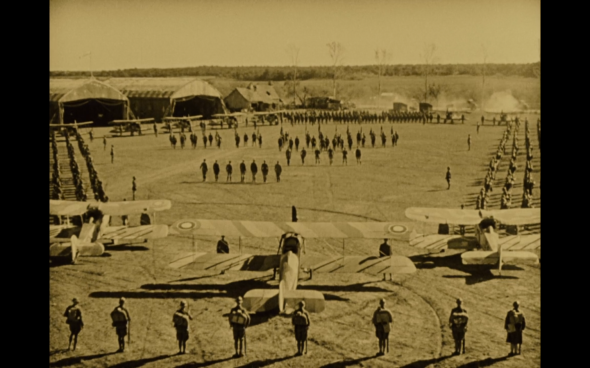