God, this performance is so good. And for me, it’s because it’s so funny. I know she’s playing high drama/tragedy for a lot of it, but you can’t tell me it’s not meant to be played so over the top that it’s hilarious. And I think the fact that she threads that line and allows you to see it as tragic or comedic, depending on your lens for viewing the film, is what makes it so good.

It’s the intelligence and intensity that I responded to in this performance. I have slight issues with the film itself because it boils the search down to one person’s dogged determination to keep at it, but since we are talking about that one person, I thought Chastain did a really great job with it. She plays it so laser focused that you don’t really get a sense of who she really is until the final moment of the film, which is incredibly powerful.

Incredible performance. I wonder if people recognize the performance as much as they do the film. Because everyone knows the movie. It’s become a classic in its own way. But are people as willing to shout out Essie Davis’ incredible work as they are the film as a whole?

The film is a metaphor for mental illness. Davis plays a widowed mother of a young boy who begins behaving oddly. Soon, they come in possession of a comic book about the titular Babadook, a monster who, when you let him in, never leaves, and torments you forever. Of course, the monster ends up entering their home/lives, and things unravel steadily from there.

Davis is… incredible. She does a great job playing up both the trials of motherhood and mental illness while also keeping true to the horror element of the story. It’s one of those performances that, once you see it, you won’t soon forget it.

One of the great hidden gem films and performances of the decade. It’s the story of a young woman (played by Qualley), who decides she wants to become a nun. So we watch her go through her training during a time when the church was becoming more lenient in its practices, and her head nun (played by Melissa Leo) wants to stick to the old-school, strict ways.

Mostly it’s the story of a woman coming into her own, and learning who she is and what she wants, all through the lens of this very specific time in Catholic history. Qualley is tremendous here. She conveys so much through silence and with facial expressions. I always love when an actor can act well with their eyes, allowing us to read into their expression and thoughts without having to find some trite way to externalize everything. You can see her movie star quality in a lot of the bigger stuff she’s done recently, but this is the work that proves she’s a great actress. 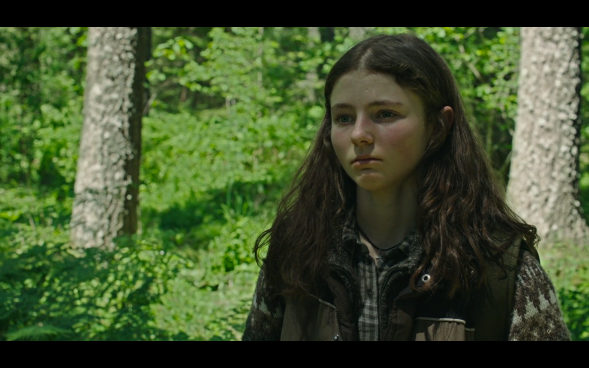 This is a performance we all loved at the time, and then it never got nominated and the film got ignored and we all forgot about it because she went on to other great performances (namely in Jojo Rabbit). She really is the lead of the film, along with Ben Foster. It’s a two-hander between them.

The film is about a father and daughter who have been living off the grid in a national forest, away from people. All she knows is this kind of living. She’s been taught how to survive in every way, and told never to be seen by others. Though one day, she is, which leads to them being found and taken back to society to reintegrate. And we see how that goes for the two of them. It’s a really terrific film with two great lead performances. McKenzie in particular is great, because you see this girl who loves her father and only knows this one way of life, so now that she’s got a taste of society, she sees the kind of life she could be living instead. And she becomes torn, because she wants to be with her father, but also… this feels like the kind of life she wants. It’s really great, mature work, and truly one of those performances that, if you didn’t know who she was (as most of us didn’t at the time), you’ll be blown away by it.

I love love love this movie. It’s a dark, offbeat comedy based on the story of the woman who saw Fargo and thought it was real and that there actually was a bag of money buried in the snow.

Kikuchi is absolutely terrific as the woman. She’s got this drab, dead-end life and her only escape is searching for treasure. So now she’s got the ultimate treasure, and she’s gonna find it. And man… it’s just such great work. This is a real hidden gem of a film and a performance.

Every time this movie comes up, all I want to say is, “That sink is not braced!”

This was a misunderstood film when it came out. Hugely ambitious and narratively dense to the point where people were expecting a more straightforward film, and even if they sort of got what it was going for metaphorically, just didn’t wanna go along with it.

The film is about Lawrence and her husband, played by Javier Bardem, who have just moved into a beautiful house that she’s trying to turn into a home for the two of them as she’s pregnant with their first child. And soon some uninvited guests show up, and then little by little, things start getting out of hand. It’s… it’s a religious parable and about the environment. And she’s playing, essentially, Mother Earth, while Bardem is God. But if you’re just looking at the performance itself, she’s playing a woman trying make a beautiful house and all these people and things keep happening and ruining it. It’s really strong work that I think got ignored when the movie didn’t land for people. They just sort of threw the baby out with the bathwater, so to speak. But it’s terrific work and ranks up there with the work that Lawrence has put up the rest of the decade. 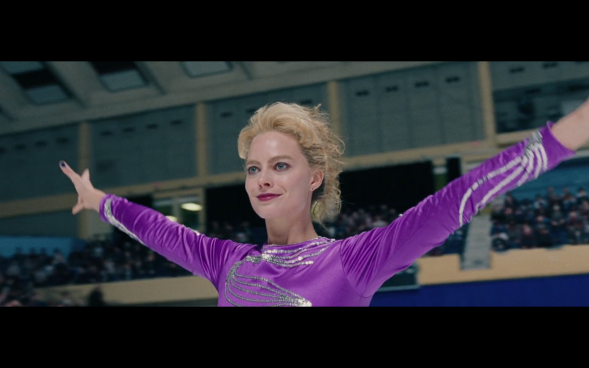 I mean, right though? How great is she in this? It’s funny that she’s both playing Tonya Harding and yet, because of the way the film is written and structured, doesn’t have to at all approximate Harding as a person or be grading by how much she ‘passes’ as her. She just sort of gets to do her own thing, and either way… the results are great.

One thing I like to point out about this performance is — the comic stuff is really good and she carries a lot of it on star power alone, but the dramatic stuff that’s in there is also really strong, and that part tends to fall by the wayside when people talk about it just because the movie is so funny. But watch it again and focus on the dramatic stuff she’s working in there, it’s really strong.

Why is it that unless he shoots them over the course of 12 years or revisits them after a bunch of years, no one bothers to see Richard Linklater movies when they come out? Blanchett’s performance in this movie is one of the best of the decade and no one knows about it.

She plays an architect who, after one disastrous end to a project went and got married and had a child and has been basically living that life for the past x amount of years. And now, her kid is in high school, her husband is basically Steve Jobs, she’s at home, bored and on all sorts of medication and avoids people as best she can. It’s part comedic performance, but there’s some real serious shit beneath that. Ultimately, it’s a movie about creative people and what happens when you move away from that. Without the creative outlet, this is what happens. And Blanchett is just terrific. She plays every angle of this woman perfectly. Truly one of the most underseen great performances of the decade.

31. Hailee Steinfeld, The Edge of Seventeen

I absolutely adore this performance. The True Grit performance was great, but until this, I wasn’t quite sure if it was just her being in a Coen brothers movie or that she was truly a great actress. This proved it.

This is a coming-of-age high school comedy that towers above everything else in the genre the entire decade. Steinfeld plays an outcast who is always second fiddle to her athletic, popular brother, but she’s happy with it because she’s got her best friend. Only… her best friend starts dating her brother, and then it sends her life in a tailspin. It’s… such an amazing performance. Truly, anyone who hasn’t seen this movie doesn’t know what they’re missing. This is one of the best performances of decade, straight up.

This entry was posted on March 23, 2020 by B+ Movie Blog. It was filed under Movies and was tagged with 2010-2019, Favorite Female Lead Performances of the Decade, Film, Movies, Top Ten, Top Tens of the Decade.