There’s really not much history with these categories — it’s Best Actor and Best Actress. It’s supposed to be the best lead performances of the year, but there’s also politics and all that to take into account. They vote for the person over the performance, sometimes someone is overdue, sometimes it’s just “their time” — there’s a whole bunch of stuff.

All things considered, I only really disagree with a handful of the winners. Most of the time, the person who won did deserve a statue. I can quibble about the year and the performance, and this and that, but for the most part, most of them are okay, in the objective sense. So that’s nice. Still — the acting categories, above almost everything else, are prone to “right now” thinking. That is, they’ll give someone a statue because they feel as though it’s their time, and it’s almost inevitable that person ends up giving a better performance not long after that, creating a whole monkey wrench scenario. Almost never fails.

But, it’s Best Actor and Best Actress. We know the drill. This is by far the most situational of the categories. You can’t just look at the nominee and go, “This one.” You have to take into account all these logistics. Especially Best Actress. That one is just — it’s funny when you look at it on paper.

Anyway, let’s just get into them. We’ll start with Best Actor. END_OF_DOCUMENT_TOKEN_TO_BE_REPLACED

Pic of the Day: “Eliza? Where the devil are my slippers?” 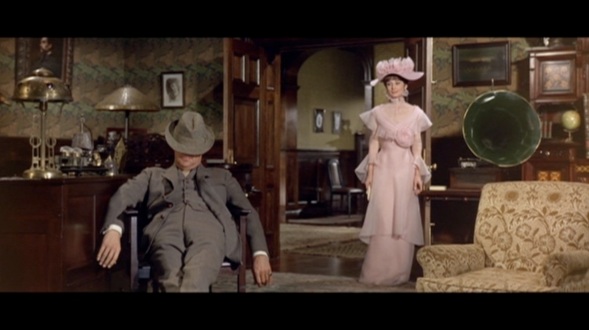