1953 is one of my personal favorite years for films. There’s such great stuff that came out this year. From Here to Eternity won Best Picture, and while that wouldn’t be my choice for Best Picture, it is without a doubt a great film and a classic.

Just to show you how great a year 1953 was — here’s a list of films that came out this year (Note: You may not know them all, but, I promise, by the end of this Oscar Quest, you will): Roman Holiday, Shane, The Robe, Peter Pan, The Band Wagon, How to Marry a Millionaire, Gentlemen Prefer Blondes, Mogambo, The Moon is Blue, Julius Caesar, House of Wax, Stalag 17, The Glenn Miller Story, The Big Heat, The Naked Spur, The Earrings of Madame de…, Hondo, Trouble Along the Way, Lili, I Vitelloni, Beat the Devil, M. Hulot’s Holiday, Pickup on South Street, Tokyo Story, Ugetsu, The Wages of Fear, and some little film called War of the Worlds. Pretty fucking strong, wouldn’t you say? This ranks right up there with 1939 for me as tops for film.

To recap the Oscar year, which, as you can imagine was so insanely strong it really becomes a matter of personal preference and no bad decisions — Best Actor was William Holden for Stalag 17, Best Actress was Audrey Hepburn for Roman Holiday, Best Supporting Actress was Donna Reed and Best Director was Fred Zinnemann, both for From Here to Eternity. I am in awe of this year.

Frank Sinatra, From Here to Eternity

Pic of the Day: “I wrote the book as a tribute! I’m a patriot!” “Yeah, you’re the Milli Vanilli of patriots, okay? You lied about fighting in the Vietnam War. It’s like – it’s like punching the American Flag in the face, goddammit!” 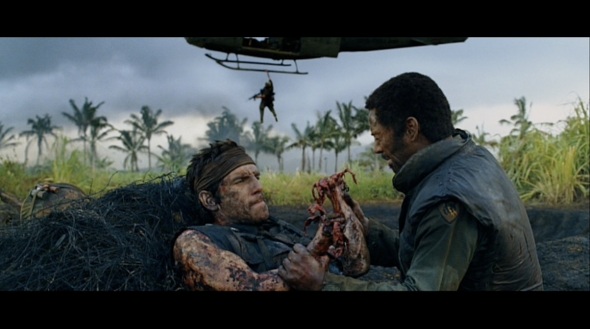