Still don’t know what to do with 1983. Or rather, how do you solve a problem like 1983? For the most part, 1983 is a boring year. Two of the five Best Picture nominees are pretty meh — The Dresser and Tender Mercies — one of them is amazing but was never going to win — The Big Chill — and then the other two…which do you pick? — Terms of Endearment and The Right Stuff. I love The Right Stuff, but, I don’t love it enough to call it a slam dunk Best Picture winner. And I love Terms of Endearment, but it’s also not quite a Best Picture winner even though it is. James L. Brooks also winning Best Director is kind of okay, and yet at the same time — I don’t know. I just don’t know what to do with this year.

Best Actor this year went to Robert Duvall, which — thank fucking god. The man was part of the biggest upset ever recorded in the Best Supporting Actor category in 1979 when he lost for Apocalypse Now. Interesting bit of fact about that whenever I get to it. But for now, even though the performance isn’t incredible (I actually compare it to Jeff Bridges’s Crazy Heart performance), the man deserved to win, so, we live with it. Best Actress this year went to Shirley MacLaine, which, also, fucking finally. That woman should have won 23 years before this. And I think she said that in her acceptance speech as well. Best Supporting Actor this year was Jack Nicholson in Terms of Endearment, because, why not? I think that was their reasoning. Why the fuck not? He was the big name in pretty weak category.

But, this year is very much a dead year for me because, the winners are clear cut, they’re not very interesting past — it’s about time — and the Best Picture choice is weak in terms of Best Picture choices, but, probably not a bad choice in terms of the nominees for this year. I’m pretty sure when the time comes it’ll be my vote, then again maybe not. I don’t know. It’s just — what do you do with a year like this? END_OF_DOCUMENT_TOKEN_TO_BE_REPLACED

Pic of the Day: “She came at me in sections…more curves than a scenic railway.” 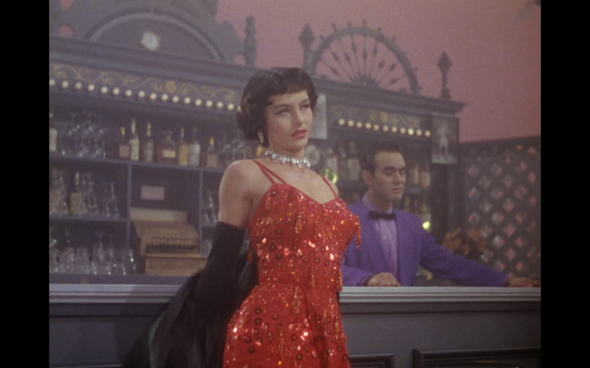 Well, I fucked up. And yet, somehow I fucked up going against my usual opinion. How many times am I the person who’s like, “this is gonna make shitloads of money, yet I’m picking it to make $20 million under what it’s supposed to!”? Yet this time, I was rooting for the machine to win. Weird, right? I think it’s because I trust the Pirates franchise to entertain me more than the other pieces of shit they trot out most summers. (Which, I was very entertained by the fourth movie. I didn’t really watch it trying to gauge whether or not the movie was any good — I’m sure any form of effort in doing so would give me an answer I just don’t need to know — so, I had a lot of fun at that midnight showing.) I also fucked up in not doing what I normally do so well, which is think logically. Let me explain

Pirates of the Caribbean: On Stranger Tides made $90.2 million last weekend. The expected was around $100 million. I said more. I was wrong. Why? I’ll tell you.

The movie was only budgeted at $150 million. What that means is, aside from the first one, this was the cheapest entry in the series. (Don’t feel bad, the first movie had a $140 million price tag.) Less budget means, they need to make less to make money. Less of that means, less marketing. They don’t have to market as aggressively because, one, an audience is built in and two, who the fuck isn’t gonna know this movie is coming out? But, the flip side to that is, the marketing is what buys the weekend. END_OF_DOCUMENT_TOKEN_TO_BE_REPLACED