1991 is a near perfect year, Oscar-wise. Were it not for one tiny shitty decision (and one upsetting one), the entire year would be flawless.

The Silence of the Lambs became only the third picture (after Cuckoo’s Nest and It Happened One Night, in not that order) to win the Big Five, i.e. Best Picture, Best Actor, Best Actress (Jodie Foster), Best Director (Jonathan Demme), and Best Screenplay (Ted Tally, in case you were interested). Rightfully so, too. It’s a perfect film. No one seemed to see it coming, since Bugsy was winning most of the awards that season, but, now, twenty years later, it seems like a no-brainer, right? Best Supporting Actress this year went to Mercedes Ruehl in one of those “best choice in a weak category” kind of deals. And Best Supporting Actor went to Jack Palance, which I talked about, in a decision that’s upsetting, but cool, since it’s Jack Palance. That’s the decision that’s upsetting, but the one I can live with.

The shitty decision I mentioned earlier was The Prince of Tides being the fifth Best Picture nominee. It’s clearly a terrible film, and the only reason it got on the list seems to be the fact that it’s a Barbra Streisand movie, and the Academy loves Babs about as much as the Hollywood Foreign Press loves Meryl Streep and Johnny Depp. If the Academy had picked a better film as the fifth Best Picture nominee, like, say, Barton Fink, The Fisher King, Boyz N the Hood, or the most obvious choice (since it was nominated for Best Director in the Babs spot), Thelma and Louise, we’d have had that film, along with The Silence of the Lambs, Bugsy, JFK and Beauty and the Beast as the five nominees. How fucking great would that lineup have been? (Ooh, I kind of want to rank the Best Picture years now, based on how strong I think their nominees are. That’s getting done at the end of this Quest. Write that shit down.) So, in all a perfect year, since, they made all good decisions. But it’s like the little pockmark at the end of it that’s annoying because, one little fix and it would be perfect. END_OF_DOCUMENT_TOKEN_TO_BE_REPLACED

Pic of the Day: “Prescription, two hours in the Earth Room. And get a haircut.” 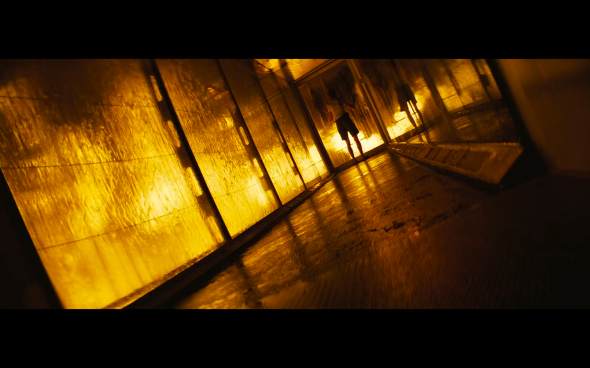