1991. This year makes me smile. It’s so fucking good. First, here’s a list of the films that came out in 1991: An American Tail: Fievel Goes West, Backdraft, Barton Fink, Beauty and the Beast, Boyz N the Hood, Bugsy, Cape Fear, The Doors, The Fisher King, Hook, JFK, Necessary Roughness (a personal favorite of mine. A great football movie that is largely unknown), Point Break, The Silence of the Lambs, Terminator 2: Judgment Day, Thelma & Louise, and of course, Teenage Mutant Ninja Turtles 2: The Secret of the Ooze. It was a very good year, 1991.

What makes me even happier is that, 4 out of the 5 Best Picture nominees are incredible films. Beauty and the Beast, Bugsy, JFK, and The Silence of the Lambs. The Prince of Tides? Ehh, not so good. But te other four? Wow. There was almost no bad choice this year (though Bugsy would have been kinda weak, considering they ignored Goodfellas the year before). And then the acting choices. Anthony Hopkins as Best Actor for Hannibal Lecter? Genius. Jodie Foster as Best Actress for Clarice Starling? Awesome. Mercedes Ruehl as Best Supporting Actress for The Fisher King? Best choice of the category. Jonathan Demme as Best Director for Lambs? Good choice (considering Stone had two Oscars already for directing, and one for writing). Jack Palance gets a Best Supporting Actor Oscar? Well, let’s talk…

Pic of the Day: “What were you doing out there?” “Visiting a whorehouse.” “Okay. If I let you back in, will you tell me where it is exactly?” 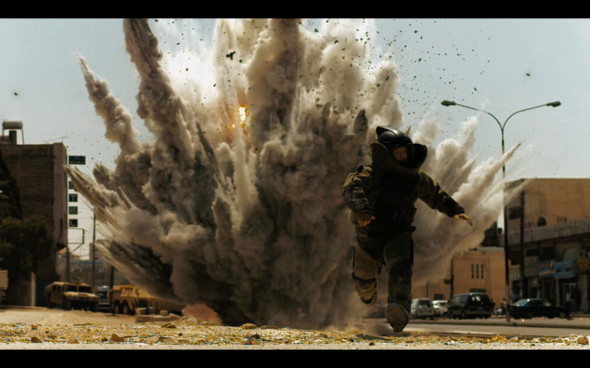