We’re back at 1982. A boring year, for my money. I mean, Gandhi is Gandhi, but, also nominated this year were The Verdict, Tootsie and E.T. (and Missing, which — whatever). Those would have been way more interesting choices. Ben Kingsley for Best Actor for Gandhi was also good, but — Paul Newman was up for The Verdict. He hadn’t won one yet. But, whatever. This isn’t Best Actor. Best Actress, however, was Meryl Streep for Sophie’s Choice, which is one of the best choices they’ve ever made. I mean, come on. (I talked about that one here.) And then Best Supporting Actor was Lou Gossett Jr., for An Officer and a Gentleman, a category I haven’t decided how I feel about yet, and Best Supporting Actress was Jessica Lange for Tootsie, which, I also haven’t full decided upon yet. But I’ll probably get to it soon.

And that’s 1982, really. Mostly good decisions punctuated by a boring choice for Best Picture. Which then makes me feel pretty “meh” about this year as a whole, since, a year is summed up by its Best Picture winner in Oscar Town.

Pic of the Day: “Bick, you shoulda shot that fella a long time ago. Now he’s too rich to kill.” 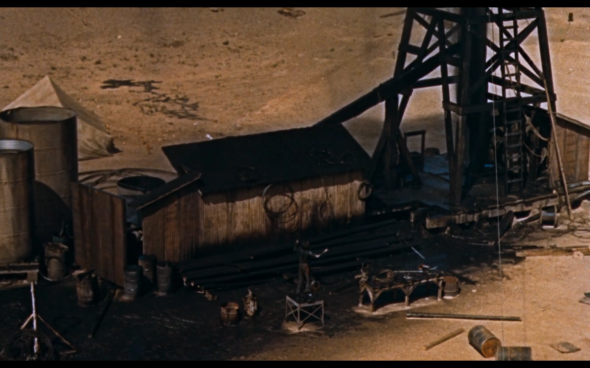