1968 is one of the weakest overall Academy years. Oliver! is a great film, don’t get me wrong, but it probably shouldn’t have won Best Picture. Then again, the film most of us would have liked to see win Best Picture, 2001: A Space Odyssey, was never going to win. It was way too ahead of its time to win. I understand that. I just feel the rest of the year around it was so weak that what we ended up with was a good film winning in a shitty category, which feels like a weak choice.

Carol Reed wins Best Director for Oliver!, which I find fitting, because him losing Best Director for The Third Man is the worst decision of all time in the Best Director category, and this decision, which made up for that one, is the second worst decision, since he beat Stanley Kubrick for 2001, who clearly should have won. So, in a way, they cancel out, but in another way, they’re both terrible. Then Best Actress was the only exact tie in Academy history, with both Katharine Hepburn winning for The Lion in Winter and Barbra Streisand winning for Funny Girl (talked about here). Honestly, Streisand should have won, so the tie works out just fine. Best Supporting Actress was Jack Albertson for The Subject was Roses (talked about here), which I guess is okay, even though I couldn’t not vote for Gene Wilder in The Producers there. And Best Supporting Actress was Ruth Gordon for Rosemary’s Baby (talked about here). I can’t really complain about it, despite the fact that I’d have voted for Sondra Locke in The Heart is a Lonely Hunter.

Which brings us to this category. What a fucking terrible decision they made here.

(Note: This was written before Cliff Robertson died. I chose to leave it as was because — opinions shouldn’t change because people are dead.)

Alan Arkin, The Heart is a Lonely Hunter

Peter O’Toole, The Lion in Winter

Pic of the Day: “A real woman could stop you from drinking.” “It’d have to be a real big woman.” 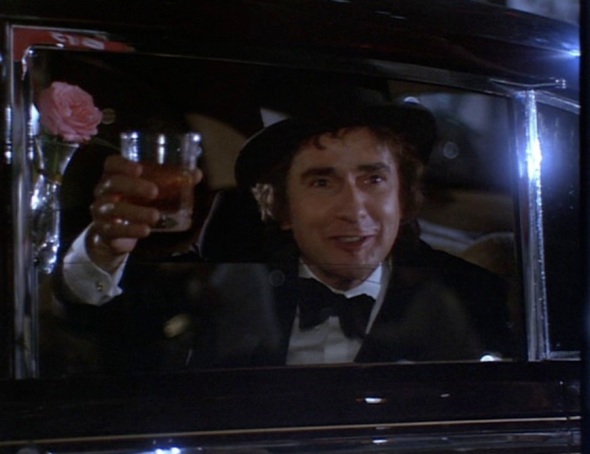