Or so it seems.

How can this not be a top ten film for the franchise? Not even mentioning the fact that this is the film where we meet Blofeld (and so clearly was the basis for half the first Austin Powers movie — a franchise I did my best to avoid until now, and will continue to do so henceforth), this film is filled with things and moments that are iconic within the franchise. Blofeld’s volcano lair — the scene of Bond meeting Mr. Osato in that building, and the fight scene the night before and the assassination attempt after — it’s just a solid film all the way through.

It does have some questionable elements, don’t get me wrong (Bond “turning Japanese” immediately springs to mind), but a lot of that stuff is minor and doesn’t really lessen the rest of the film for me. (Then again, I’m not someone who is crazy into Japan and lives there, so it might just be me.) This was close with Thunderball for me for this spot or #9, and at almost the last minute, I decided to swap the two and put this higher, mostly because there aren’t as many scenes in this one that make me go, “Ehh… all right.” Since I’m gonna go along with them, I just — they’re not the best moments of the franchise. This one feels more solid throughout than that one does.

Either way, though, I think we can all agree both are top ten, so there’s really nothing else that matters. 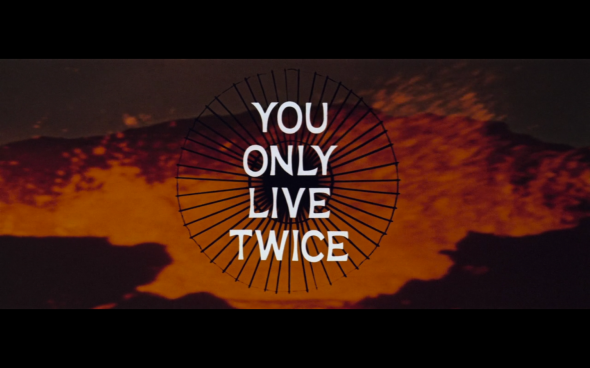