Casino Royale is the most important Bond film of my lifetime. One would think they’d never have to reboot Bond, but — it was time. They sort of did it again with Brosnan, but it was clear that was only a temporary fix. This was a way to get an entirely fresh start to the franchise, leave all the excess baggage behind while reestablishing the parts of the franchise that truly matter.

And they knocked it out of the fucking park. I won’t lie — I barely knew Bond before this film. My knowledge of Bond was very limited. I’d barely seen any of the films and just assumed it was a hokey franchise from the 60s (I was young and stupid), and I had no expectations for this at all. And I had friend say, “No, trust me, you need to see this movie.” So I went to see it (not being one to turn down a movie) — and it blew me away.

Not only did they manage to successfully reboot a franchise twenty films in, but they also managed to make a film that legitimately ranks among the best Bond films of all time. Every single thing you know about Bond — they show you how it came to be. This is how Bond became Bond. This is a movie so good, nobody gave a shit that it was technically a reboot. Because it’s more of a Bond movie than almost any other one they’ve made.

They really hit a home run with this one. And every time I think to go, “Yeah, but it’s too recent. It feels like I’m overrating it because it’s recent,” I watch it again. The film is its own evidence. This belongs exactly where it is, because it really is one of the best Bond movies ever made.

END_OF_DOCUMENT_TOKEN_TO_BE_REPLACED

Pic of the Day: “It’s all right. It’s quite all right, really. She’s having a rest. We’ll be getting on soon. There’s no hurry, you see. We have all the time in the world.” 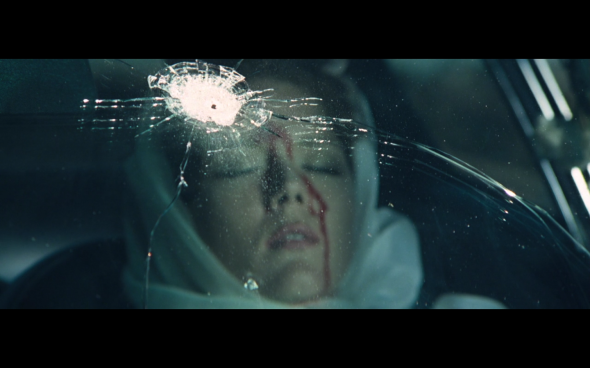