Outside of Best Picture, which I consider to be the single worst Best Picture choice of all time, 1948 is a great where with nary a bad decision to be fount. But since a year is judged by its Best Picture winner, 1948 seems worse than it is.

Hamlet wins Best Picture, which we all know I hate. The Treasure of the Sierra Madre, The Red Shoes, Johnny Belinda and The Snake Pit were better choices there. All of them. Laurence Olivier won Best Actor for the film, and, as I said here, he actually deserved it, and it was a great decision (because Bogart wasn’t nominated). Best Actress was Jane Wyman for Johnny Belinda (talked about here), which I consider a top five decision, all time. Then John Huston, and his father, Walter Huston, won Best Director (talked about here), and Best Supporting Actor (talked about here), respectively, for The Treasure of the Sierra Madre. Both were terrific decisions.

And then we have this category. The only non-Best Picture decision I don’t like this year. It’s not so much because I don’t like Claire Trevor, her performance, or even Key Largo as a film. I just think Agnes Moorehead really deserved an Oscar, and I thought she was strong enough to win (as she always is). So I don’t see why she isn’t the vote here. 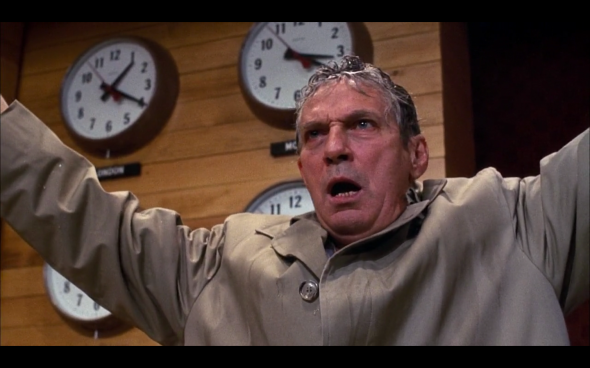 I love BAFTA. They not only manage to hit most of the Oscar stuff every year, they also manage to be undeniably British every time. They will, without question or hesitation, vote for a British film or actor over the film or actor that is guaranteed to win Best Picture or Best Actor or whatever. On top of their “Best British Film” category. It’s amazing. In a way, that’s what they should be. Like, if you were the NAACP, I’d expect you to give your Best Film Award to something like Precious. You should. That’s why I love BAFTA.

Anyway, they announced their nominations today, and I haven’t even looked at them yet. I just saw that they were out and immediately came and wrote this introduction. We’re going to find out what the nominees are together: END_OF_DOCUMENT_TOKEN_TO_BE_REPLACED