The Story of a Screenwriter: Script 1, Part 1

This is where the bad words start coming in.

Everyone’s got three to five bad scripts in them before the good scripts come out. Mine was three or four. We’re still undecided on the final count. Three for sure. Including and especially this second one.

Just to explain this whole concept of bad words. It’s like this — and it’s funny because, I only really learned this to be true after the fact. So in a way, I ended up doing things the easy way and not so much the hard way. The hard way would be actually showing it to people and having them be like, “Yeah, uh — it’s, good,” meanwhile it’s fucking terrible. Or they tell you its terrible, and you go through months of trying to defend it and and slave over it, trying to make it as good as it can be (Note: I’m going through this exact situation right now with someone else and their “baby”), when really you should just cut and run and move onto the next thing. The easy way is more, I wrote it, figured out, on my own, fairly quickly that they were shit, and still ended up slaving over them, but not so long that it was embarrassing, just as soon as I learned from them and could move on. This, of course, is a hindsight argument, but, in all fairness, no one did have to read any of these scripts. Consider that a blessing.

This was the first script I ever wrote. The first real, feature length screenplay. And looking at it now, it had all the earmarks of “bad script written by someone just starting out.” For instance, I started it in January of 2006. I had a couple of notes that I’d written in November that I thought would be funny for “something,” that nebulous notion that may one day come to pass, and set them aside. Then, on a day of inspiration in December, I wrote several pages of other things that just came to me. That’s how it works with me. I have a dozen ideas at once, write them down, give them their own little cubbyhole, and one random day I’ll think up something good for one of them, go and write it down, and suddenly, maybe, I’ll get several pages worth of stuff. Then it sits there until I’m ready to actually start writing it. So, that happened with this. Then, in January, once Macbeth was done, I said, “I need something good to follow this up with.” And this, being really the only substantial idea I had in my young, fertile brain, this by default became 1-A. END_OF_DOCUMENT_TOKEN_TO_BE_REPLACED

Pic of the Day: “It says in the newspaper the army are making ‘strategic withdrawals.'” “Yes, I saw that. It’s a euphemism for ‘retreat.'” 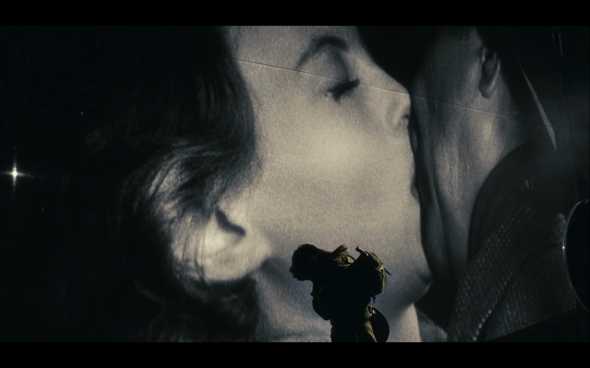